Click to receive your 2022 donation history
Skip NavigationMenu
Too Hype Crew (or THC for short) is the final act to take the WORTstock stage May 22—and for good reasons! When it comes to live performances, THC delivers. Known for re-creating party anthems of the ’80s, ’90s, and early ’00s but often with a family-friendly twist, THC features a live seven-piece hip hop experience, along with a lively entourage of dancers. That era of music they capture is from the height of party hip-hop, with feel-good beats and anthems everyone easily sings (and dances) along with. Whether rap, R & B, hip-hop or funk, THC revives classic hits with a live force that is to be reckoned with. Check out some live video of what they’re bringing to Madtown right here!

The music played by THC is not confined to one genre nor one particular artist being covered. Classic Beastie Boys, Run-D.M.C., Salt-N-Pepa and Nelly are live favorites which never fail to amuse crowds of all sizes. “We have found that certain classics always work no matter how young or old [the audience is]” crew member John Cordogiannes says. “Hip hop music has become so segmented now that it’s almost hard to pick which hip hop road to go down when we’re adding new hits,” he says, adding “including hits that are 10+ years old.”  However, if he had to choose a favorite decade of hip-hop, John would pick the ’90s. “There are] so many great artists and genres within the genre, and the music is still relevant to such a wide age range—from tweens to those getting their AARP cards!” 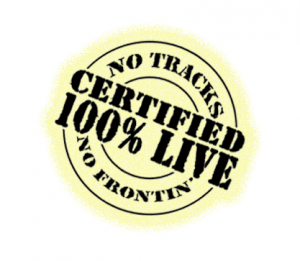 When asked his thoughts on returning to play for Madison again, John said “We have some great memories of performing in Madison! That’s where we’ve opened for hip hop acts like Big Sean [and] the New Boyz,” but one memory stands out above the rest: “There was the one year when Jason Derulo opened for US. Ha, that was a story. He was just starting to blow up at the time so they put him on as the opener, and, well, we all know what happened to him after that!”

With a growing following that has brought them before audiences as openers for legends Lil Jon, Nelly, Vanilla Ice, Tone Loc and Run-D.M.C., THC is known for not only starting the parties but keeping them very, very alive. Keep up with them on social media here and here.

Too Hype Crew takes the stage at 5 PM for two sets, with the show lasting until 7 pm.