WORT is planning our annual outdoor music event, WORTstock, to be held in Warner Park on Sunday, May 22nd from 11am to 7 pm. Our outdoor music festival has entertained audiences for more than 25 years with diverse lineups of local and regional musicians in a wide variety of genres. It is a celebration of the diverse music WORT offers listeners every day, and the hundreds of volunteers who come together to make it all happen. Much like the original Woodstock festival held more than 50 years ago, WORT was founded on the principles of  community, togetherness, and a desire to connect–to push boundaries–to challenge preconceptions and bring people together. 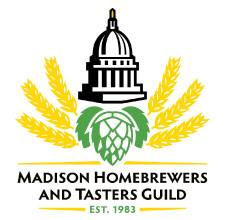 We partner with local food and craft vendors, as well as with Madison Homebrewers and Tasters Guild, who provide a cornucopia of beverages in rotating selections throughout the day.

608 Arts, Our Vibrant Community, and The Northside Arts Collective are teaming up to provide an Art Exploration Area at the rainbow shelter. Explore your creative side with art projects for young and the young-at-heart alike…

We have a fantastic music lineup this year!

Headlining at 5pm is 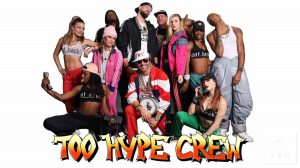 There is simply no band anywhere like the Too Hype Crew. It is a tribute to 80’s, 90’s, early 00’s hip hop, featuring all live music from a six piece band, accompanied by choreographed “Fly Girl” dancers. It’s a party band – it’s a show – it’s art – it’s a house party on stage – all packaged in an unprecedented and family friendly way. This high energy, interactive show features the sites, the sounds, the moves, the fashion and antics of hip hop’s most colorful era. THC has opened for countless hip hop and pop legends and has toured the country since 2002. 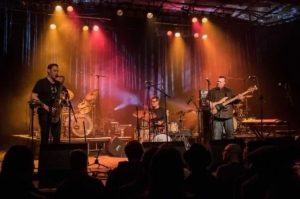 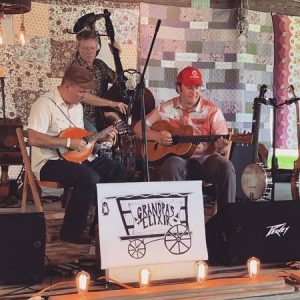 The members of Grandpa’s Elixir, a string-band trio based in Madison, met each other by playing music together. Peter Werts & David Stabbe met at a jam session at a Minnesota Bluegrass and Oldtime Music Association festival in 2004.  Peter moved to Madison in 2009 and soon met Brian Hirsh at a local bluegrass jam.  And Dave & Brian had played together before in Trails End String Band after meeting at yet another bluegrass jam.  Formed in 2011, Grandpa’s Elixir has been playing its unique mix of old-time music, country blues, jug band and fiddle tunes at dances, taverns, community centers, co-ops and private parties throughout South Central Wisconsin. Playing square dances is a fun part of that mix. In January of 2016, the band hosted its first self-funded event, the Cabin Fever Square Dance in Madison’s Wil-Mar Neighborhood Center. The dances grew in popularity and the band was regularly joined by fiddle master Chirps Smith and caller Dot Kent.  Grandpa’s Elixir has an ongoing monthly performance at the Malt House in Madison (the first Monday of every month) & looks forward to making people dance again!

2:30 Tani Diakite and the Afrofunkstars

The Kamale N’goni is an instrument that originates from Wasulu, a region on the border of Mali and Guinea, West Africa. It is derived from the larger Donso N’goni, which means “hunter’s harp”. Throughout the centuries, Malian hunters were also skilled musicians who used their trance-like music to appease the spirits of the animals they hunted, so as not to be plagued by evil spirits. The Kamale N’goni is a smaller, more popular version of this instrument. It is the centerpiece of a popular style of music from Mali called Wasulu Music. When you hear the blues played by Tani Diakite and the Afrofunkstars, you’ll understand why it is often said that Mali is the birthplace of the blues. The Kamale N’goni is one of several African instruments that preceded the banjo, so you’ll hear similarities to bluegrass music as well. Another driving force of Wasulu music is percussion. The Afrofunkstars are backed up by one of the hottest rhythm sections around, featuring Paddy Cassidy on jembe, Hugo Reynolds on drumset, and Mamoudou Diallo and Djam Vivie on percussion. The funk is rounded out by bass powerhouse Nickolas Moran, Peter Baggenstoss on keyboards, and Matt Manske on guitar. The interplay between Kamale N’goni and jembe grooves so hard that audiences can’t stay still – the urge to get up and move is too powerful! 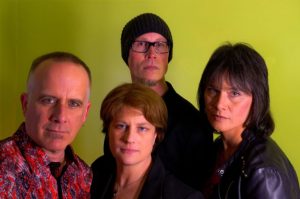 BingBong formed in 2012, quickly becoming one of Madison, Wisconsin’s favorite bands.  Their 2021 single, Faces was named the Madison Area Music Association (MAMA) overall Song of the Year. BingBong has previously won MAMA Awards for 2020 Rock Performer of the Year, Rock Song of the Year for Bouncing Ball. It’s Complicated, the lead single to their debut album, won 2018 Rock Song of the Year (four more songs from Pop Restoration were final nominees for the 2018 MAMAs). Members of the band formed around their love for late-70s and early-80s guitar rock. Striving to revive the verve and the energetic power pop of that time, they’re heavily influenced by greats like Rockpile, The Pretenders, and The Smiths.

4:40 Raffle Winners announced (need not be present to win)

Special thanks to our sponsors: 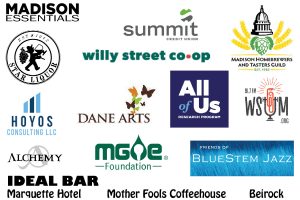 Getting to Warner Park:

Drive — Warner Park is easily accessed from Sherman Ave. at Northport Dr. There is also ample parking. Parking is not permitted in the small Community Rec Center lot at the north end of the park.
Have a designated driver if needed.

Bus — Take one of these to the North Transfer Point. Get a transfer ticket.

4 bus from Jenifer St. (Ingersoll on the half hour, Atwood 5 mins later) Arrives :50 after the hour

Parachuting is not recommended.

Leashed dogs are welcome at WORTstock, and are the responsibility of the owner.

How Can I Get Home?

Bus — Grab a 22 bus on Sherman Ave. at :45 after the hour. Get a transfer ticket. You will arrive 5 mins before the hour so almost no waiting.

WORTstock is rain or shine. Folding chairs provided, but plenty of room to bring your own.